King’s College sophomore forward Jack Cooper of Santa Cruz, California is one of those families. 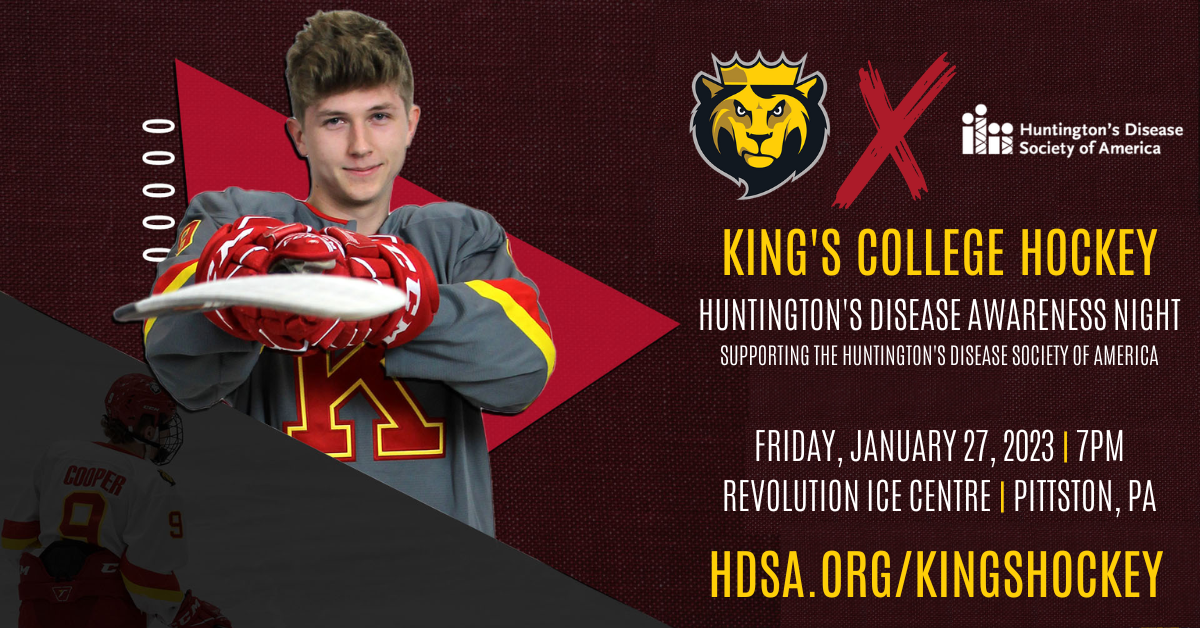 HD is a fatal genetic disorder that causes the progressive breakdown of nerve cells in the brain. It deteriorates a person’s physical and mental abilities during their prime working years and has no cure.

“Our team has raised awareness and funds for various causes,” said Jack. “I wanted to raise awareness for a disease that is near and dear to my heart.”

Born and raised in California, Jack learned about HD in 4th grade when his grandfather was diagnosed with HD. Jack’s mother would also test positive for HD.

Every child of a parent with HD has a 50/50 chance of inheriting the faulty gene.

“I did not understand what HD was at the time,” Jack explains. 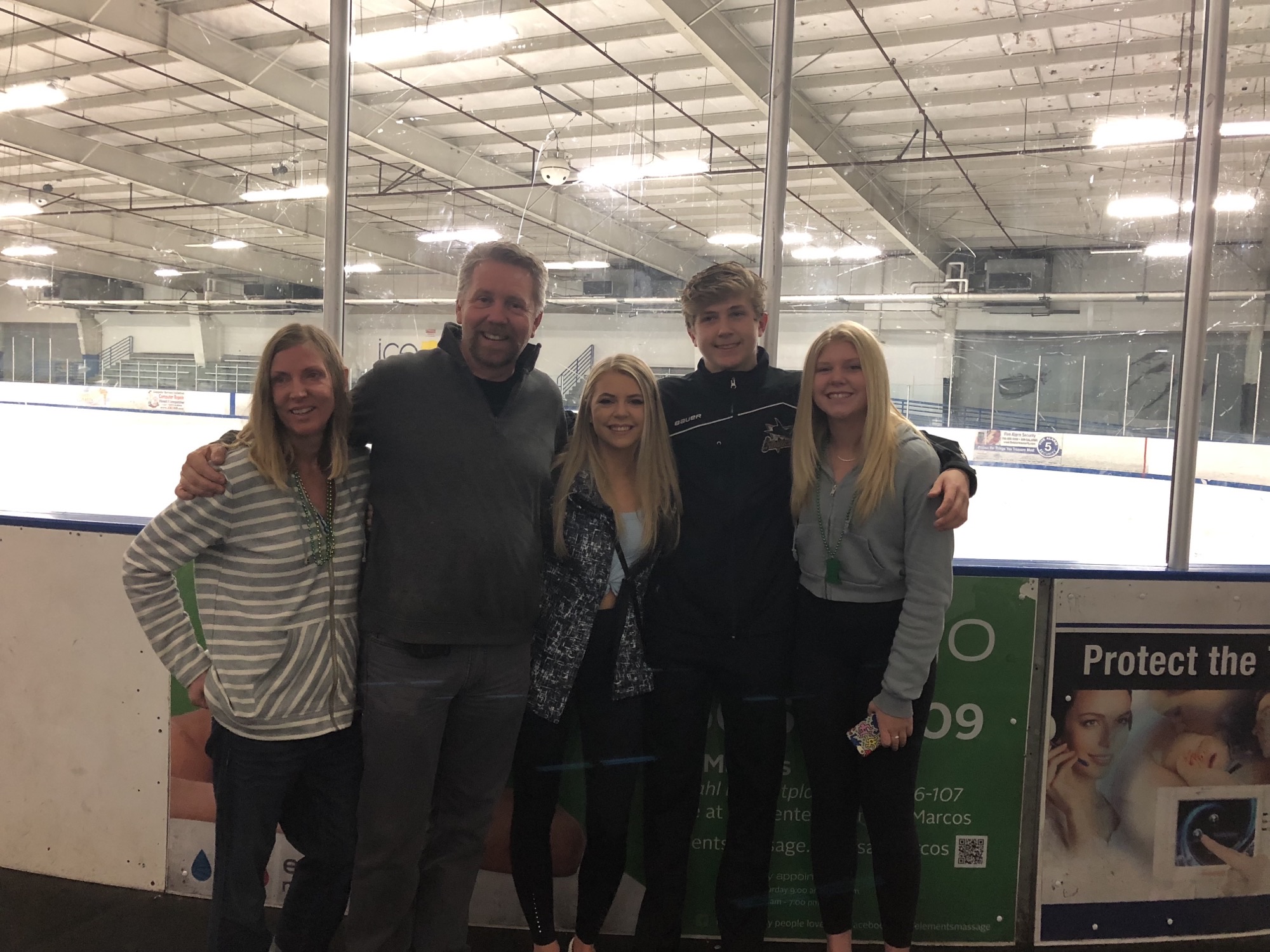 “She lost the ability to drive because she would get into car accidents,” said Jack. “She was a proud woman that refused help from other people. My father was the main caregiver, taking care of everything around the house, and working on top of that.”

In 2013, his mother stopped doing activities due to her HD symptoms.

“One day, my older sister’s stuff was thrown outside the house,” Jack explains. “I thought that she never wanted us to see her with HD. We would communicate with our school therapists.”

Through hockey, Jack found an emotional outlet for talking with his coaches.

“I was very open about HD with my coaches,” said Jack. “We would have conversations about home life and testing for HD.”

The decision to get genetically tested is difficult to make. Each year, 5-10% are tested. It is never the right or wrong decision to be tested. There are people that see no benefit in knowing that they will develop the disease while others want to know in order to make informed choices about their future. It can take up to several weeks to receive your results from the genetic testing center.

“Through this event, I want to honor my family and other families affected by HD,” Jack explains.”
Jack has a message for the HD Community:

“We are all in this together. You are not in this fight alone.
There are different people that I meet that have an HD connection.
This needs to be talked about more to become an even stronger community.”

Huntington’s disease (HD) is a fatal genetic disorder that causes the progressive breakdown of  nerve cells in the brain. It deteriorates a person’s physical and mental abilities during their prime  working years and has no cure. Every child of a parent with HD has a 50/50 chance of inheriting  the faulty gene. Today, there are approximately 41,000 symptomatic Americans and more than  200,000 at-risk of inheriting the disease. The symptoms of HD are described as having ALS, Parkinson’s and Alzheimer’s – simultaneously.

The Huntington’s Disease Society of America is the premier nonprofit organization dedicated to  improving the lives of everyone affected by HD. From community services and education to  advocacy and research, HDSA is the world’s leader in providing help for today and hope for  tomorrow for people with HD and their families.

HDSA was founded in 1967 by Marjorie Guthrie, the wife of legendary folk singer Woody  Guthrie. Woody died from HD complications when he was only 55 years old, but the Guthrie  family legacy lives on at HDSA to this day.